Love yourself.
Only when you love yourself are you truly strong and indefeatable.
You deserve to be confident and beautiful.
So live for yourself and treat yourself well. :)
*~= Friends =~*

This is so true. So scary.

Hi everyone... Today is Sunday. My off day!!! Hahas. Hmm. There's a few pics I wanted to post up quite some time ago but didn't cos either forgot or lazy. Hahas.

Took a picture of this when I was studying at the coffeebean at Singapore Post Centre opposite my house during the exam period. So pretty. Hee~* 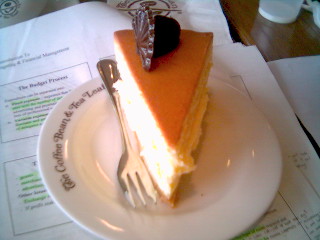 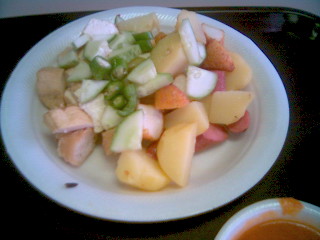 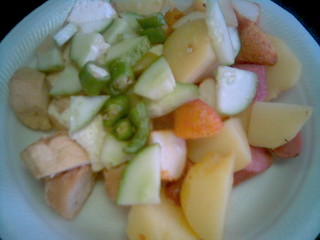 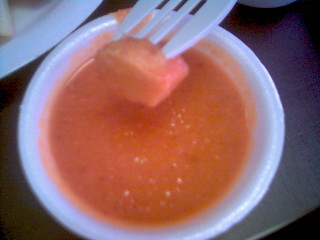 And this is a picture of my workstation at the call center. Hahas. (Yes that's my make-up pouch. Hee. :P) 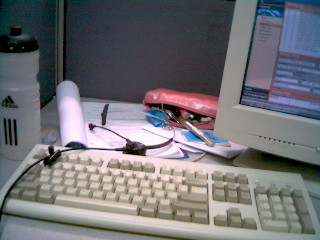 Hihi.. Haven't updated for so long. It's the school holidays now and I'm busy and tired with work. Hahas. Just to update, I'm working 2 jobs right now. I'm still working at Zouk on Fridays and Saturdays. From Mondays to Fridays, I'm working at this call center at Science Park with Xue Yun, Mel, Xiu Wen, Kai Li and Linda (& her boy boy). Hee.

The call center job is kind of fun. It's something like a telemarketeer but then again, we don't call people to buy things. It's like, a proper call center. My current project is to help this company confirm their registration for a seminar. Yeps. So like, you call your database, ask for the person and ask that fella if he received the invitation email and ask if he's interested in registering for the seminar. Yeps. Linda, Xiu and I are doing on Malaysia so we are calling to Malaysia. We have other projects on Indonesia and Singapore too. Hahas. Initially thought the Malaysians will speak Malay or something, but surprisingly, it's like calling Singapore companies. They are polite and speak good English too. I guess that's a common misconception that we have. (Or rather, I have. Hahas.)

Work at Zouk is fine. I'm happy working there and the colleagues are fun. Something happened but I'm not really bothered by it now. Cos small matter la. Hahas. Anyway I love Zouk. Probably not cos of the company... The colleagues there make a difference I guess. It's like Al Dente. I used to love and enjoy working there when Lois, Samuel, Ray, Steph, Eileen, Christopher and Jason were around. After they left, working at Al Dente didn't seem to be the same anymore. The whole place seemed lifeless. It was then that I realised the environment didn't chnage, the company didn't change... It was the colleagues who made the difference. Well, all good things have to come to an end. I know it won't happen again but I'm thankful and treasure the memories now. :)

Will be going Zouk after work today. My big big bag is filled with clothes to change (can't wear clubbing attire to work in a call center right. Muahaha.), contact lense solution (must rinse the protein away cos will be wearing from 6am to 5 am. that's like, about 24 hours. hahas.), make-up bag (a lot of make-up but then again, usually I'll bring this out. hahas.), magazine, water bottle, bus guide, plasters... A lot of barang barang~*

I need to save money. I'm working quite a lot but spending a lot also. Like, I can finish spending what I earn. That's not good. I need to come up with a few goals to improve myself this year. No more bai4 jia1 nu3. No more messy room. No more... erm. Arh. Let me think about it and then I'll post it up. Oh ya. No more excessive eating. (I ate one whole spring chicken for dinner yesterday. Can you believe it. Hahas.)

Somehow yesterday when Kai Li (a.k.a. Kylie) sms to tell me Saturday going Cine to eat at Friends and then going "K", I wondered if we would be going to Kbox since they would be eating at Cine. The more I thought about it, the more I freaked out. So I sms Kai Li to ask her which K will we be going. I was kind of relieved when she said Partyworld or Kster. I contemplated not going but even so, I was thinking of asking Kai Li to not go Kbox cos he will recognize her. I just didn't want to see him, nor do I want him to see my friends. What I can't really fathom is, if I'm over him already, and I don't feel anything when I think of him, why is it that I'm afraid to see him? I don't want to see him, I don't feel like seeing him, I'm scared to see him. Why? Is that that I need more time, or I'm running away from this problem? Is it some kind of self-deception which I have not realised? Or don't want to realise? I just don't want to think. Maybe I'm afraid to think. Maybe I just can't be bothered anymore. I don't know what I'm thinking actually. Just let it be.

I'm feeling lost now. That guy seemed to be a thing of the past... This present guy's issue has been maid a mountain of a molehill. Like, wtf.

I don't know whether I should cage myself in memories of the past or focus on settling this guy's issue.

But the thing is, no matter what I choose, there's nothing useful I can do.

Exams are over... *phew* So many days of insufficient sleep.. So many days of looking and feeling like a zombie. Finally it's over. I think hopefully won't have to take supp paper. I'm over the iiluusion of getting good grades. Can pass will do. Ha.

Anyway, during the exam week, I think I saw him in the library when I reached early to study. As in, I said I think cos I'm not too sure.. Saw him walk pass and saw the side view only. But the posture and bag that he carried looked like him. For that moment, the way he looked just came back to me... It's as if I saw him. (which I think I did but not sure.)

Somehow my spirits went all the way after that... I went with my fren whom I happened to see to search levels 1 to 4 of the library. Wanted to go engine block after that to see if can see him but in the end didnt cos my friend didn't want to go. I mean, I understand la. Just that abit disappointed. Called Des after my exam to tell him what happened. Strangely the next 2 days I took cab to school for exams. I don't know if it's cos I want to save time to study or if I'm afraid of meeting him at the bus stop/interchange. (Cos last term I kept bumping into him during exam period.)

Anyway, it's after that that I realised I'm still not over. I try not to think about it but it's like running away. When you see it, it all comes back and it still hurts. But the hurt doesn't seem as bad in the past. All I need is time I guess... More time.

Went shopping on Wednesday and Thursday... Bought cosmetics. (Like, what else rite. Hahas.) Just take it as retail therapy... De-stress.

I'm like really screwed for exams this time cos I haven't been studying.

Like, usually I'll start by Monday of the study break but this sem I just didn't have the discipline. Somehow I seem to be taking this lightly and I don't know why. I went Zouk with Xue Yun & Faith on Wed, worked on Sat cos Wellie needed staff urgently. Like, wth. Study week lei.

I really think if I were to take supp paper anytime, it'll be this sem. Good luck to me.

Was listening to "Ai. Hen. Nan." by Chen Wei Lian. Thought a lot again. Ya I know. Like what's the point. Maybe it's the stress of the exams. There's 5 papers to be taken in 4 days. Damn sucky. Good luck to me.

Arh. Don't think about it anymore. Didn't get much things done yesterday and today. Will continue to bia later on. Hmm.

Where did my courage go anyway.